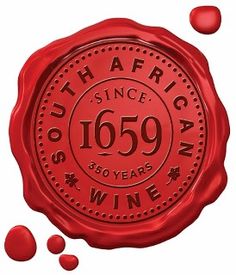 Through the years legends about the origins of Shiraz or Syrah as it is often called, have abounded. There was a time when it was generally believed that this grape variety originated in ancient Persia (present-day Iran) in the town of Shiraz. On the other hand historians are of the opinion that it was brought from the Middle East to Marseilles in approximately 560 BC. One of the theories was also that Roman legions from Egypt carried it to Syracuse on the island of Sicily and yet another that it found its way into France through Crusaders from Cyprus returning from the Middle East in the 13th century.

However, these turned out to be nothing but romantic tales as in the late 90’s it was declared that Shiraz actually originated in France. Using DNA testing, grapevine identification experts Carole Meredith, a professor at the University of California at Davis, and Jean-Michel Boursiquot of L’Ecole Nationale Superiore Agronomique de Montpellier, made the conclusive announcement in 2001 at a convention of the American Society of Enology and Viticulture. Shiraz, it was proclaimed, is the offspring of two obscure French varieties, Dureza and Mondeuse Blanche – the former native to the Ardéche and the latter native to the Savoie.

Although the facts clearly indicate when and where the first Shiraz wine was made in South Africa, there is uncertainty as to exactly when the cultivar entered the country.

A variety of theories prevail: that the cuttings were brought to the Cape from Europe by the end of the 1600’s by Governor, Simon van der Stel and another that Scotsman James Busby, a viticulturist and the man credited for introducing Shiraz to Australia, offloaded some cuttings in Cape Town on his way from Europe in 1840. The first confirmation of it being planted on South African soil was at the end of the 1890’s in the vineyards of Groot Constantia.

Shiraz was mentioned later in the history when 15 wines were entered in the Cape Agricultural Wine Competition in 1935. Interestingly, 12 of these were sweet wines.

In 1957 winemaker Bernard Podlashuk, generally referred to as “The Father of Shiraz in South Africa”, was the first to bottle Shiraz as a single cultivar under the Bellingham label. He was followed in 1963 by Groot Constantia and in 1965 by Klawer Co-op. By 1978 a mere 20 wines were recorded but the early 1990’s saw a boom in plantings and local popularity pretty much followed world trends. From 1992 vineyards expanded by leaps and bounds from approximately 900 hectares to about 10 000 hectares in 2009.

Compared to the rest of the world SA has the 4th biggest plantings of Shiraz. 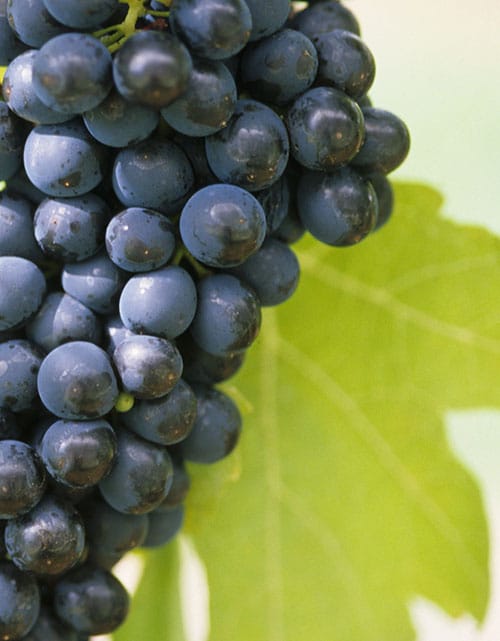 Shiraz adapts well to various climatic conditions. It is known to perform well in both warmer regions as well as cooler terroirs close to the coast or at altitude.

Shiraz vineyards are found in all the wine producing areas of South Africa and there is a marked difference between the flavour profiles of the various locations.

The variety is fairly resistant to disease but is however susceptible to wind. Careful consideration should be given to the method of cultivation when planning the production of a specific style of Shiraz.

Vines have a limp, creeping growth habit with very good vigour and adapt well to different climatic conditions but are susceptible to wind.

Leaves are large, dull green and longitudinal with a downy underside and five moderately defined lobes. Bunches are medium/large and long with a cylindrical shape and sometimes winged, although not prominently. Bunches are normally loose with a long easily-broken peduncle but some clones can produce large-winged, compact bunches.

Berries are medium small, noticeably oval with a blue-black thin but fairly tough skin which is thickly coated with bloom when fully ripe. Berries take on a wrinkled appearance when left on the vine for extended periods – locally referred to as “oumens gesiggies”.

The flesh is succulent with a distinctive and pleasant taste. Grapes ripen late mid-season (Approximately mid February to end-March) with an average residual sugar content of 23 – 26° Balling and an average acid concentration of 5 – 7 g/ℓ.

There are a number of Shiraz clones available and selection is usually based on the specific terroir and wine styles. While there should theoretically speaking be a difference between the flavour profiles induced by different clones, such differences may be influenced more by terroir and viticultural practices.

During the 19th century South African vineyards were nearly wiped out by a microscopic insect called Phylloxera vastatrix, that attacks the root system of the vine, eventually destroying the plant completely. Fortunately at that stage Europe had already discovered a technique of containing this epidemic. America’s native Vitis labrusca proved to be immune to this pest and the solution was to use them as rootstock and graft Vitis vinifera vines onto them, a practice still used today.

Rootstocks from different Vitis species are selected and bred for various characteristics e.g. vigour, fruit size, resistance to drought, diseases, root pests etc. A producer will first determine the particular characteristics of his soil in terms of e.g. pH, mineral content, growth potential, water availability etc. before selecting a rootstock. An important factor that should also be borne in mind is that there should be an affinity between the scion (vine cutting) and the rootstock.

Normally medium to low vigour rootstocks are used because of the strong vigour of Shiraz.

When establishing a new vineyard it is advisable to implement proper soil mapping from thorough soil analysis. The main objective with Shiraz production is to establish a vineyard displaying homogenous, moderate vigour and growth.

To obtain the above, careful consideration should be given to the choice of rootstocks and the adjustment (if necessary) of soils based on the chemical and physical soil analysis.

The following aspects should be considered for the production of good quality Shiraz wines:

Shiraz is known to be a vigorous grower and this can easily get out of hand should conditions for growth be stimulated.

It is recommended that vines are rather moderately stressed right from the very onset of the growth period instead of only during the bunch development stages and ripening period. Fertilisation should therefore also be approached with caution and applied conservatively.

Shoots should ideally be positioned upright with enough leaves in the canopy to protect bunches from direct sunlight but also to allow enough diffused light through for colour and aroma development. However pruning and canopy management should be applied according to production outcome in mind. The main focus should be on balance between vegetative and reproductive growth. 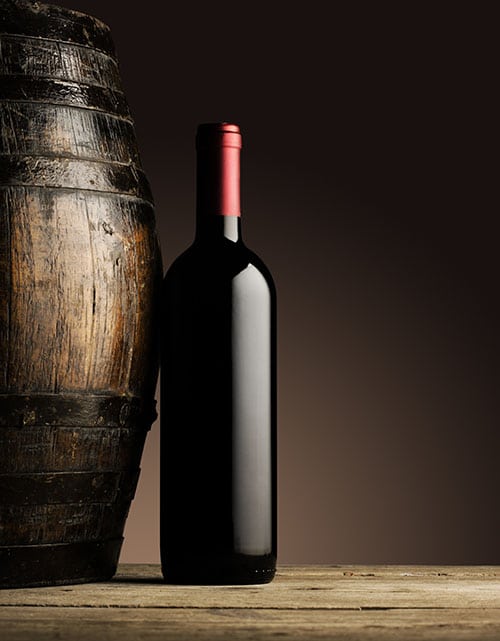 Winemakers use a wide variety of techniques when utilising oak in the production and maturation of Shiraz.

Three kinds of oak play an important role in winemaking:

Aspects that play an important role in the influence of wood on the wine are e.g. the type of wood used, manufacturing techniques and size and age of the barrel. Of course the period of time the wine is aged and the character of a specific vintage will also play a role while wine-making techniques are equally important.

Flavours derived from oak include

Various levels of toasting are available and light toast, medium toast and heavy toast are terms normally used but nowadays cooperages toast to the customer’s specifications. 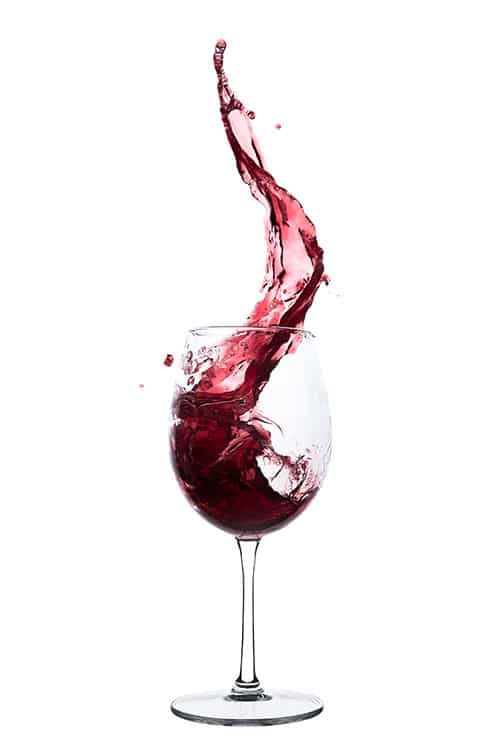 Shiraz is described as having a unique exuberant character and therefore one would naturally pair it with equally boisterous types of food.
One of South Africa’s gastronomic gurus, Katinka van Niekerk, advises that food that can be paired with Shiraz broadly falls into four quadrants.

Food with strong, powerful flavours
Hearty stews, casseroles and South Africa’s very own “potjies” fall into this category.
Slow-cooked dishes, usually made with less tender cuts of meat, are full-flavoured and work extremely well with Shiraz. Herb-roasted and spiced meats and vegetables are also good matches for this variety.

All forms of game
From venison pie to kudu or ostrich steak, roast duck, rabbit or springbok, Shiraz with its inherent gaminess, is an excellent partner.

Grilled, braaied or barbequed food
One of Shiraz’s well-known characteristics is its smokiness. Foods prepared in this way are paired with Shiraz with huge success.

Sweet sauces, jellies and relishes
These sauces, often made from full-ripe berries or other fruit that traditionally accompany dishes such as roasted meats, simply call for Shiraz.

Cheese
The cheese and wine concept has been around for ages but pairing a wine with cheese can be rather tricky. The principle of teaming up the strong flavours of Shiraz with the equally strong flavours of a cheese may not necessarily turn out to be a match made in heaven! However there are some cheeses that go very well with Shiraz e.g. certain hard cow’s milk cheeses, blue cheese, aged Cheddar, Gruyere, Manchego and slightly aged goat’s cheese. But bear in mind that these are just general guidelines and personal preference also plays a role.

Send us an email and we'll come back to you!